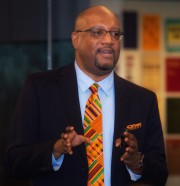 In the past decade, genealogy has become an increasingly popular hobby. Uncited reports in USA Today and in the Times have even ranked it as the second most popular hobby in the United States. Gardening is the most popular. Despite the absence of hard numbers to validate this claim, its popularity is unquestionable. The advent of the Internet in the 1990s has played a major role in this increase, as people can access many digitized records online. A number of genealogists have even built sustaining, full-time careers from its popularity.

Like never before, many people are on a quest to unearth and personalize American history with stories of their own ancestors. Even the young, and the not-so-young, desire to document their ancestors’ lives and find evidence of those anecdotal family stories. DNA testing with companies like Ancestry.com, 23andMe, Family Tree DNA, and MyHeritage, and television shows like Who Do You Think You Are or Finding My Roots have also amplified an interest in genealogy. Collectively, these ancestral stories enable us to learn more than what many historians have unearthed. Genealogy continues to add to the body of knowledge of what is known or unknown about our society and its history.

Often unacknowledged in the genealogy community, archivists’ work has been the solid foundation for this popular hobby. If archivists had not preserved, arranged, indexed, digitized, and made records accessible to the public, genealogy research would have been an arduous task and consequently less popular. Billions of records are now at everyone’s disposal. Digitization of records continues to be one of the foremost objectives of many companies, archives, libraries, organizations, and some local governments. Archivists and digital archivists are in demand, underscoring the importance of historical preservation.

Ancestry.com reports that over 90 million family trees have been created on their site, and over 15 million people have taken their DNA test.1 Many of these family tree creators and researchers are using census records to document their ancestors. Census records are considered the most valuable resource and the nation’s largest record set for genealogy research. New researchers are often advised to search for their families in the Federal census records first, after capturing valuable oral history from older family members or collecting valuable family information from other sources that may be in personal collections. These genealogical sources include obituaries, photograph albums, newspaper clippings, birth records, wills, legal papers, old family papers that consist of divorce records, insurance papers, membership cards, military discharge papers, property deeds, a family Bible, and any documents with names, dates, and pertinent family information.

Mandated by Article I, Section 2 of the United States Constitution, a Federal census of the nation’s population was authorized and taken every ten years, from 1790 to the present day. Since 1937, archivists at the National Archives and Records Administration (NARA) have worked diligently to microfilm the vast number of census pages, as well as over 3,000 series of other Federal records. Microfilm has a life-expectancy of at least half a millennium while in appropriate storage conditions. More recently, NARA has partnered with Ancestry.com, Fold3.com, and Familysearch.org to digitize selected NARA microfilm publications and original records. These records include census records, Social Security records, draft registration cards, military service records, immigration records, land records, naturalization records, Southern Claims Commission records, and many more. These partners have made these digitized images available on their web sites, and their databases continue to grow.

The plethora of data recorded in Federal census records allow researchers to capture a unique snapshot of their ancestors’ lives and the communities where they resided. This valuable data include but are not limited to the following: the heads of households, the people in the households and the relationship to the heads, the sex, race, age, and marital status of everyone, the number of years married, the age when first married, places of birth, the father and mother’s places of birth, occupation, etc. The recorded information varies per census, and the 1890 census is unavailable; it was destroyed in a fire. Access to Federal census records is restricted for 72 years after the census is taken. Therefore, the 1940 census is the latest census that’s available to the public. The 1950 census will be released to the public on April 1, 2022.

Another popular repository of online genealogical records is FamilySearch.org, a service provided by the Church of Jesus Christ of Latter-day Saints in Utah. Since the 1930s, their archivists have traditionally processed and microfilmed historical records for use in genealogy research. However, in 2017, FamilySearch discontinued the use of microfilm in favor of digitized records. To date, their digital archivists and scanners have digitized over 2.4 million rolls of microfilm. Many of these digital images are not indexed but viewable on their image viewer. The images are also not searchable by name and other search variables. Nonetheless, many researchers still find many genealogical gems on their web site.

In their 2018-2022 Strategic Plan, NARA aims to digitize 500 million pages of records by October 1, 2024. Although billions of records are now online, and more are forthcoming, researchers should definitely consider that many other pertinent records have not been digitized. These records include marriage records, property records, Civil War pension files, military records, death records, other vital records, court records, immigration records, and many more. Onsite research in courthouses, local, state and Federal archives, universities, numerous libraries, and other repositories is paramount in conducting reasonably exhaustive searches, which entails finding other primary and secondary sources to support genealogical theories or assertions. Most of these places have reference archivists who assist researchers with accessing and comprehending these records. They are truly some of the pillars of the genealogy community.

Melvin J. Collier has been conducting genealogy research for over 25 years, starting at the age of 19. After receiving a B.S. degree in Civil Engineering from Mississippi State Univ., he began his professional career working as a transportation engineer in Memphis, Tennessee for nearly a decade. His passion for African-American history, genealogy, and historical preservation led to a career change. He then earned a Master of Arts degree in African-American Studies from Clark Atlanta Univ., with additional graduate coursework in Archival Studies from Clayton State Univ. and additional training at the Georgia Archives Institute. While in grad school, he landed a graduate assistant position at the Robert W. Woodruff Library – Atlanta Univ. Center, helping to process and digitize collections in the Archives Research Center (ARC). He was also SAA’s 2011 Harold T. Pinkett Minority Student Award recipient.

After grad school, Collier continued to work as a library associate/archivist in the ARC for six years. During that time, he worked with processing archivists on numerous projects, including the Morehouse College Dr. Martin Luther King Papers, the Maynard Jackson Administrative Papers and Photographs, the Dr. Asa Hilliard III Papers, and other collections. Collier is now an Intelligence Officer for the Department of Defense in Washington, D.C.

Collier gives numerous workshops and presentations on African-American genealogy and DNA. He maintains a genealogy blog, Roots Revealed, at www. rootsrevealed.com. Collier is also the author of Mississippi to Africa: A Journey of Discovery (2008), 150 Years Later: Broken Ties Mended (2011), and Ealy Family Heritage: Documenting Our Legacy (2016).

This entry was posted in Uncategorized. Bookmark the permalink.